5 Excuses That Can Ruin Your Retirement

To build an adequate retirement savings account, you may need to steer clear of these justifications.
By Ollie Geiger
Our articles, research studies, tools, and reviews maintain strict editorial integrity; however, we may be compensated when you click on or are approved for offers from our partners. 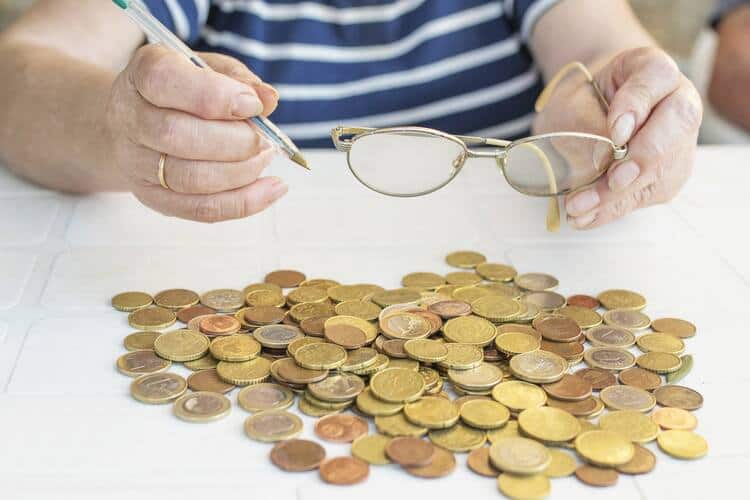 With more than half of workers reporting less than $25,000 in savings, according to 2013 data from the Employee Benefit Research Institute, the reality of retirement saving is unpleasant for many Americans today. Worse yet, some of these savers may be compounding the problem by deluding themselves.

Kenneth N. Bickford Jr., a certified financial planner at Bickford, Angier & Associates in Reno, Nev., says that some get discouraged because they misunderstand the nature of retirement saving.

“People think they need to save large amounts for retirement,” Bickford says. “What they don’t understand is that it’s about being consistent. Small amounts, when gathered consistently, can amount to a lot over time.”

But the misapprehensions don’t end there. Savers may hold a number of questionable assumptions about their finances, and these can lead to them making faulty excuses for neglecting their retirement savings.

To salute America Saves Week (Feb. 24 through March 1), here are five excuses to avoid when planning your retirement.

In a sense, young people are right when they say that they still have years to save for retirement. But those years will only benefit them if they use them to build savings, says Bickford.

“One of the biggest assets young people have is time,” Bickford says. “But most of them aren’t using it.”

According to the MoneyRates.com Retirement Savings Calculator, a worker who saves $100 per month in a tax-deferred account from age 35 until retiring at 65 will have amassed $83,225, assuming an average annual return of 5 percent. But if that worker started saving at age 20, that sum would be $202,644 – more than double the amount of the shorter savings period despite being only 1.5 times the duration.

Remember, however, that neither of those sums is adjusted for price increases. When adjusted by inflation, even the larger sum only amounts to $52,622.

While there’s nothing necessarily wrong with an occasional financial extravagance, Bickford says that some consumers today make extravagances the rule instead of the exception.

“Many build a habit of spending instead of saving,” Bickford says. “In the long run that just doesn’t work out.”

In 2012, consumer spending per household eclipsed its previous peak set in 2008 and increased by 3.5 percent over 2011, according to the Bureau of Labor Statistics. Consumers who can’t resist the temptation to spend put themselves in a poor position to build savings.

This excuse is a logical follow-up to No. 2. Bickford says that this is the most common excuse he sees when discussing retirement planning with clients.

“I think it all goes back to debt,” Bickford says. “The spending is definitely a problem. The attitude seems to be ‘live for today, to heck with tomorrow.’”

While consumers may need to address their debt before building meaningful retirement savings, if debt becomes a perpetual excuse for not saving, it’s time for a plan that can reduce that debt to a level that will enable real savings.

Some savers justify a 401(k) loan because the interest they pay on the loan goes back into their savings, which can make these loans seems more appealing than other borrowing options.

The problem, Bickford says, comes when the borrowers give up on paying these loans back.

“Borrowing from a 401(k) is a common problem,” says Bickford. “The borrowers often neglect to pay that money back, which classifies it as a distribution, and that can lead to taxes and penalties.”

401(k) distributions are usually taxed as ordinary income, but there may also be a 10 percent early withdrawal penalty if you’re withdrawing before you’re 59 and a half years old. That, along with costs such as loan origination fees, can make these loans an expensive form of borrowing that also hurts your retirement funds.

5. “I don’t trust banks or markets with my money.”

There is a small but vocal contingent of retirement savers who feel that keeping their savings in cash is somehow the safest option. Bickford says that the recurring budget battles in Washington may be playing a role in fostering these savers’ nervousness toward the U.S. financial system.

“People are sitting on cash because of fear,” Bickford says. “There is a lot of fear because of the budget situation in Washington, and that fear carries over to consumers, who don’t know what to do with their money, so they keep it in cash.”

To say nothing of the dangers from theft, fires and other physical calamities, cash is highly vulnerable to another type of threat when it’s stored over the course of 30 years or more: inflation.

Remember the scenario in item No. 1 in which the saver put away $100 per month over the course of 45 years? Had he not invested it for the 5 percent return, resulting in an inflation-adjusted sum of $52,622, all those savings would be worth only $14,023 when adjusted for inflation.

Even savers who are highly averse to risk could choose FDIC-insured certificates of deposit (CDs) to mitigate the effects of inflation. Even though the best CD rates are only about 2 percent today – a historic low for that type of account – that rate would still beat the rate of inflation in 2013 (1.5 percent) and add more than $8,000 in inflation-adjusted interest income to the saver’s nest egg in the scenario above.

(Ed. note: An earlier version of this article miscalculated the amount of savings that would result from some of the scenarios above. The figures have since been corrected.)

RELATED ARTICLES
Where Employees Have Most to Gain from the New Normal
By Richard Barrington
7 Ways to Stop Overspending In 2021
BY Rebecca Lake
Financial Survival Guide for The CoronavirUS Pandemic
BY Richard Barrington
Credit Card Vs Debit Card - Which Is Better?
BY Erik Martin
Pay Off Debt or Save - What's More Important?
BY Geoff Williams
Debt Statutes of Limitations for Every State
BY Gina Freeman
Pay for Delete Letter for Collection Agency Accounts
BY Gina Freeman

Home » personal-finance » 5 Excuses That Can Ruin Your Retirement