It isnâ€™t just pay inequality women need to be concerned about. Their retirement fund balances are also lagging behind when they should be ahead. 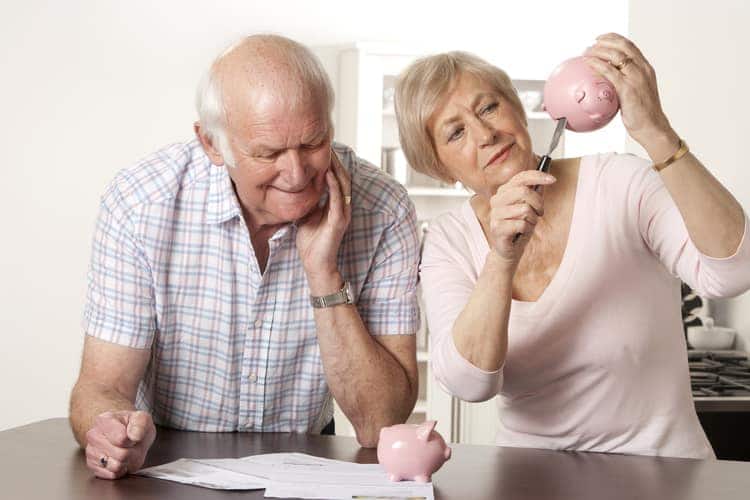 The gender pay gap has garnered all sorts of media and legislative attention, prompting marches, committee hearings and petitions to Washington. There is even an Equal Pay Day (it was April 8 this year) to mark how far into the new year females must work to earn as much as men did the previous year.

While the gender pay gap is a real phenomenon, it has overshadowed another inequality that has the same potential to threaten the long-term financial stability of women: the glaring gender gap in retirement savings.

While this gap is troubling on its face, financial advisers say there are also several reasons why women need to save more aggressively than their male counterparts. Here are five of them.

1. Women often have fewer years in the workforce

“Many women don’t earn as much as men and often end up working less because they take time off to have children at some point during their careers,” says Douglas Goldstein, a certified financial planner and author of “Rich as a King: How the Wisdom of Chess Can Make You the Grandmaster of Investing.”

“Many women who take off time to be home with their kids don’t think long term and don’t fund a private retirement account, such as an IRA,” says Goldstein. “This can be a big mistake later on, as their contributions to Social Security are lower, and they may not benefit from the more generous retirement plans offered by full-time employers.”

2. Women may be more conservative in their investments

“Women have a tendency to be more conservative, sometimes to their determent,” says Keith Klein, a certified financial planner and owner of Turning Pointe Wealth Management in Phoenix.

While conservative investing can keep money safe, it may also mean women don’t earn high enough returns to build a comfortable nest egg. However, it’s not all bad news for women. Klein says the conservative approach also means women tend to ask more questions and be more likely to stick with their investment decisions, which can be a good thing in a tumultuous market environment.

“Once women make a decision, they stick with it,” says Klein. “They understand the ups and downs of the market and are less likely to react emotionally.”

3. Women don’t necessarily plan for themselves

Whether it be letting a man make their investment decisions or thinking a husband’s Social Security or pension will sustain them, many women make the mistake of not being in charge of their own retirement plans.

“It surprises me that even today, after all of the changes in traditional roles, the men still dominate the financial decision-making in most couples I meet,” says Goldstein.

Klein suggests part of the problem may lie with advisers who assume men are the decision makers. He says women shouldn’t be afraid to speak up during investment discussions and that women are involved in more than 60 percent of the decisions made by his clients.

“Women shouldn’t feel like a burden asking questions,” he says. “If they do, they should look for a new adviser.”

Part of the reason women shouldn’t leave all the decisions to the men in their life is that those men may not be around as long as them. Longevity doesn’t necessarily contribute to the gender gap in retirement savings, but it is a reason women should be very concerned about it.

“About 50 to 60 percent of women will be single (at some point) in retirement,” says Klein.

Those women might be divorced, widowed or single by choice. Regardless of the reason, they need to be prepared to care for themselves during their final years. Goldstein says women, even divorced women, should check for the availability of spouse’s benefits from Social Security and pension plans, but that money may only go so far and help may not be available from other sources.

“In the past, the children and grandchildren looked after Grandma, but today and also in the future, that’s no longer necessarily the case,” says Goldstein.

5. Women may place others’ needs ahead of their own

It’s unfortunate that children and grandchildren may not feel an obligation to help their mothers and grandmothers because, in some cases, those older women may not have retirement savings since they prioritized their families above themselves.

“They overlook themselves,” says Klein when asked to name a common mistake women make. “They worry about everyone else.”

That means college funds get money before retirement plans, and family needs are placed before savings.

“Widows may be concerned about how much they will leave to their children when the first thing they need to do is protect themselves,” says Klein.

Goldstein agrees. “A woman should always be financially independent and aware, doing the best that she can to plan her finances,” he says.

If enough women take control in these ways, today’s gender gap in retirement savings could become a thing of past.