Worst States to Make A Living 2012

Incomes, unemployment, cost of living and taxes have created extra career challenges in these states. See if you live in one of MoneyRates.com's worst states to make a living.
By Richard Barrington
Our articles, research studies, tools, and reviews maintain strict editorial integrity; however, we may be compensated when you click on or are approved for offers from our partners.

You probably know that there are plenty of challenges to making a living in today’s economy. What you may not know is how significantly the place you live can impact some of those challenges.

For the second year in a row, MoneyRates.com has calculated a list of the best and worst states to make a living. The process factors in each state’s average income, state tax rate, cost of living and unemployment rate to create an adjusted average income figure that serves as the basis for these rankings. 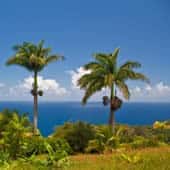 There are plenty of lifestyle perks to living in a warm climate with beautiful scenery, but financially it can be tough going. Hawaii repeats from last year as the toughest place to make a living, and it isn’t even close to losing the spot. At $22,394, Hawaii’s adjusted average income figure is more than $7,000 below that of the next lowest state. The primary problem is that while incomes in Hawaii are about the national average, the cost of living in the state is far and away the highest in the nation. 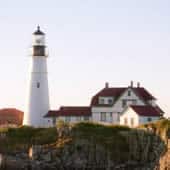 Another repeater in its position from last year, Maine suffers from a combination of below-average incomes with above-average cost of living. It also doesn’t help that it has one of the highest state tax rates. 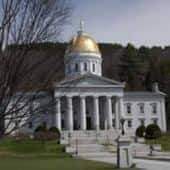 This state slipped a bit, from fifth-worst last year, despite improving its adjusted average income figure. The problem is, some of the states around it in the rankings improved their performance even more significantly.

Another state that fell in the rankings despite a slight improvement in its adjusted average income figure, Mississippi dropped four places this year. As noted above, Mississippi has the lowest average income in the country, and also has one of the highest unemployment rates. 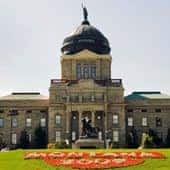 Fifth-worst is nothing to be happy about, but Montana did climb a couple spots from last year. The key problem remains that it has one of the lowest average income levels in the U.S.

Not all New England states fared badly — Massachusetts actually made the list of 10 best states to make a living for the second year in a row — but Rhode Island joins Maine and Vermont on the worst list. High levels of unemployment and cost of living are the chief problems here. 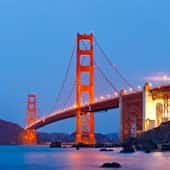 Despite climbing three slots from last year’s ranking, California remains on this list due to a combination of high taxes, high cost of living and high unemployment.

The primary reason West Virginia is on this list for the second year in a row is one of the lowest average income levels in the nation.

South Carolina makes the list for the second year because of a combination of low income and high unemployment.

Despite having no state income tax, South Dakota makes this list because its average income is higher only than Mississippi’s among the 50 states.

South Dakota is the only newcomer to this year’s list of the 10 worst states for making a living, while Oregon was the only state to escape the list since last year, rising to the 13th worst state to make a living in 2012.

A note on the differences

The goal of this list is not to shame the states where times are tough. Instead, the inspiration for this analysis grew out of the observation that as difficult as the economy has been in recent years, there are significant differences in conditions among the 50 states. If you’ve ever wondered whether things might be easier somewhere else, this list might give you the answer.

If you didn’t see your state in the best or worst articles, please see the full 50-state list to find its ranking.

Prevent your savings from underperforming by searching for higher savings account rates from Ally Bank and others.