Learn how international bank and foreign investments can help diversify your portfolio. Find out more information on forex rates and foreign bank accounts.

By Moneyrates Team
Last updated: September 23, 2021
Our articles, research studies, tools, and reviews maintain strict editorial integrity; however, we may be compensated when you click on or are approved for offers from our partners.

Though the two are often confused, an international savings account is not the same thing as an offshore account. In many cases, offshore accounts are used for investment or strategic tax purposes. In contrast, the purpose of an international savings account might be to provide better access to your funds globally, to take advantage of higher interest rates, to diversify risk or to bet on a particular currency. 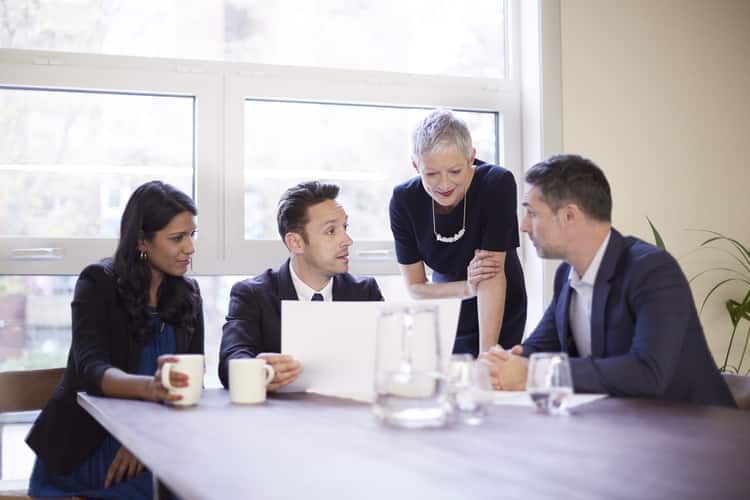 When considering international savings rates, it is important to remember that higher is not always better. In many cases, high interest rates are a result or rampant inflation or default risk. For instance, a country in the grips of economic woes may have very high interest rates due to inflation. But a safety-oriented investor would not want to deposit money there for the fear that they could lose principal as the currency continues to devalue.

Banks in the U.S. offer more stability and less currency and default risk than international banks. If current interest rates are still tempting you to go overseas, consider countries with stronger economies such as Canada, Australia, some Western European countries and some of the major Asian countries. Remember though, permanent residency can be a requirement at some foreign banks.

International trade and investment is dependent upon a determination of the relative values of different currencies. The exchange rate between two currencies is an expression of the rate at which one currency can be converted into the second currency. The exchange rate can be influenced by political and economic factors, including economic growth, inflation, political stability and market trading or psychology.

Global CD rates can be higher than those found in the U.S., especially in countries with growing economies and booming inflation. But the risks with international savings accounts are significantly higher than the risk associated with banks in the U.S. that are covered by FDIC insurance. Default risk and currency risk can make opening an international savings accounts more similar to purchasing stocks or mutual funds than depositing money in a U.S. bank.

That doesn’t mean that every international savings account is as risky as a casino game. International banks in the United Kingdom, Hong Kong and Japan offer online options to U.S. investors that may make sense for individuals or companies domiciled abroad. Many of these banks even have branch offices in New York, Chicago, Los Angeles and other cities in the U.S. Another option is to use a FDIC-insured bank in the U.S. to purchase a foreign-denominated money market account, savings account or CD without having to wire funds outside the U.S. — a quick and easy option.

EverBank is an FDIC-insured bank that offers Americans a chance to purchase certificates of deposit (CDs) denominated in one or more foreign currencies. Investors can open an account online at EverBank.com and choose to buy either a single or multi-currency CD that pay a fixed rate of interest. Investors do face a currency risk when converting funds back into U.S. dollars though. FDIC-insurance covers the solvency of EverBank, but does not cover any losses from currency fluctuation.

For more on these accounts, please see the MoneyRates.com report on EverBank WorldCurrency CDs.

Q: Where can I find CD rates for international banks? Can U.S. citizens typically and freely open accounts at non-U.S. banks?

A: There does not appear to be a comprehensive source on CD rates for banks around the world, so your best bet would be to start with some country-by-country Internet research, tracking down rates from the web sites of individual banks.

As a U.S. citizen, you generally should be able to open an overseas account, but you will find the exact requirements for doing so will vary from country to country. There are three general cautions you should bear in mind before opening a foreign bank account:

In short, it may be more effective to shop for the best CD rates here in the U.S. than to chase higher rates that come with a number of unknowns.

Q: Although I’m not a wealthy person needing a Swiss or a Cayman Islands bank account, keeping all my assets in the U.S. worries me. Are there any good reasons for keeping some of my savings in bank accounts in other countries?

A: That’s an interesting question, and the short answer is no, but it’s worth breaking the answer down into component parts to look at why some people keep assets offshore, why you shouldn’t need to do that, and what you can do to manage country risk.

People generally maintain foreign bank accounts if they are a) doing business in foreign countries, b) trying to avoid U.S. taxes, or c) engaged in illegal activities and are looking to shield assets from U.S. authorities.

Assuming none of the above applies in your case, you shouldn’t feel the need to open an offshore bank account. That doesn’t mean that you can’t take some actions to manage risk.

On the simplest level, make sure that your deposits with any one bank total less than $250,000 (this means you individually — your spouse’s deposits can be counted separately.) This will keep you within the coverage limit of FDIC deposit insurance. That is a level of protection you are not likely to get from a foreign bank.

If you are especially concerned about the U.S. economy, consider diversifying into foreign securities. A mutual fund or other diversified portfolio of non-U.S. stocks can reduce your exposure to events in the U.S., while still giving you the convenience of working with a U.S.-regulated financial institution.

Q: I read about CDs in India yielding 9% interest rates. Is it possible for an American to invest in such an account?

A: There are several reasons why you should be wary of this kind of investment.

Now, if you are investing in India but living in the U.S., why should you care about the Indian inflation rate? Because high inflation is often a sign of a weak currency, and your deposit would be denominated in the local currency. Sure enough, over that same one-year period when India experienced a 9.84 percent inflation rate, its currency declined by about 15 percent against the U.S. dollar. So, had you made this investment a year ago, you would have earned 9 percent in interest and lost roughly 15 percent to the exchange rate.

Beyond understanding the economics underlying any investment opportunity, there are three basic questions you should ask before depositing money in a foreign institution:

One of the real hazards of a low-interest-rate environment like the one the United States is experiencing is that people start looking beyond the tried-and-true options in a search for higher yields. When the best CD rates in the U.S. struggle to reach 2 percent, it is natural that a 9 percent CD rate would sound attractive. Unfortunately, reaching for higher yields can radically change your risk exposure, pushing it well beyond what you would normally expect from investing in a CD.

Q: Where can I find CD rates for international banks? Can U.S. citizens typically and freely open accounts at non-U.S. banks?

A: There does not appear to be a comprehensive source on CD rates for banks around the world, so your best bet would be to start with some country-by-country Internet research, tracking down rates from the web sites of individual banks.

As a U.S. citizen, you generally should be able to open an overseas account, but you will find the exact requirements for doing so will vary from country to country. There are three general cautions you should bear in mind before opening a foreign bank account:

In short, it may be more effective to shop for the best CD rates here in the U.S. than to chase higher rates that come with a number of unknowns.

Q: I am an American citizen and I have money in a CD in India that will mature in 10 years. Do I have to pay taxes in the U.S. in a given year, even if the value of my account goes down because of currency changes?

A: This is a very specialized tax question, so you would probably wise to consult with a qualified tax accountant for an answer that is completely suited to your particular situation. However, it is possible to outline the major issues involved.

First of all, it appears that in terms of reporting, there are three standards that may apply:

Income earned in a foreign currency must be translated to U.S. dollars for tax reporting purposes. So, if the Indian currency goes down, your reportable CD interest could be reduced by the currency change. However, the change in principal value of the CD would probably not be reportable as a loss until you cash in the CD and convert it back to U.S. dollars.

Currency translation is often the fatal flaw of investing in foreign CDs. The best CD rates, along with the highest rates on savings accounts or money market accounts, can often be found in countries with weak currencies. This is because those countries often pump up their interest rates in an attempt to attract investment to shore up the currency, and also because a weak currency is generally inflationary, which causes interest rates to rise naturally.

Adding insult to injury, it appears that you would have to pay tax on the interest earned from a foreign CD (adjusted for currency translation), but this would not be offset by losses to the principal until you cash in your CD.

Disclaimer: An EverBank deposit account is insured by the FDIC for up to $250,000 per depositor. FDIC insurance covers against loss due to the failure of the institution, but not market-related fluctuations including changes in currency prices. The amount of deposit insurance available for funds denominated in foreign currency will be determined and paid in the United States dollar equivalent of the foreign currency on the institution’s date of default. As with all investments, investors can lose money, including principal due to currency fluctuations, over the term that you own it. Please only invest with money that you can afford to risk, and as part of a broadly diversified investment strategy.