Why A Manic Market Shouldn’t Necessarily Worry You

Stocks have been on a roller coaster ride, with some big up and down days to start 2015. Learn how to put these fluctuations in perspective.
By Richard Barrington
Last updated: October 17, 2021
Our articles, research studies, tools, and reviews maintain strict editorial integrity; however, we may be compensated when you click on or are approved for offers from our partners. 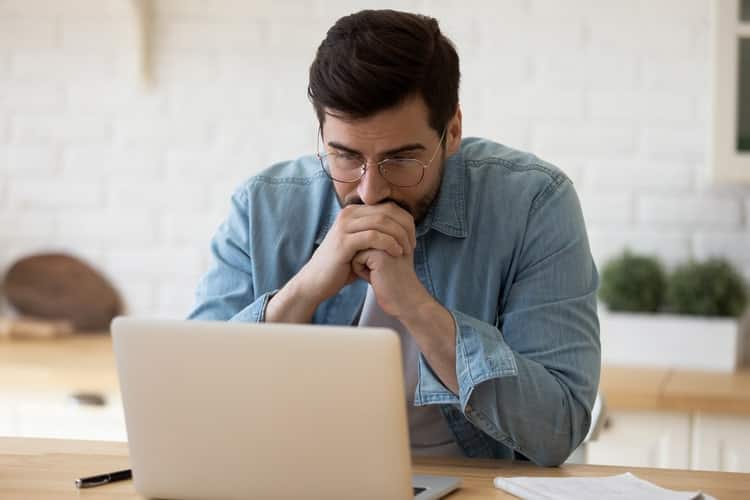 The stock market got off to a roller-coaster start this year, with eight fluctuations of 1 percent or more in January, and then another three in just the first week of February. While some of these fluctuations were market gains and some were losses, this kind of manic behavior is unsettling to investors.

However, based on past periods of volatility, the recent swings don’t necessarily mean bad news. Here’s why.

Call of the wild

A 100-point daily change in the Dow Jones Industrial Average, whether it is up or down, can garner headlines. With a spate of such days in the first weeks of 2015, there has been plenty of speculation about what is causing the stock market’s manic behavior. Here are some of the possibilities:

Lack of conviction. Just because people are willing to make large investments does not necessarily mean they have a high level of belief in them. The movement of large amounts of money in reaction to little or no change in information shows a lack of conviction in specific investments, or in the market as a whole.

High degree of speculation. While there may not be conviction, a volatile market does feed speculation — people trying to turn short-term fluctuations into large profits. This in turn feeds the volatility. In particular, short positions put downward pressure on the market, and expose their investors to a high level of risk. Having to quickly cover those positions can lead to an outsized bounce in the market.

Lack of attractive alternatives. Volatility may make the U.S. stock market look inhospitable at times, until you consider the alternatives. Near zero yields on savings account rates and other bank rates? Low yields with the possibility of price reversals from bonds? Investments in increasingly troubled foreign markets? People may get scared out of the U.S. market from time to time, but these days they are quickly scared back in.

Grasping at straws of news. When the outlooks for the market and the economy are as muddled as they are today, people are desperate for new information. This increases volatility because it means each day’s events, even if not particularly significant, are treated as earth-shaking developments.

When you add all this up, the clearest takeaway is that this is a market with lots of activity but little consensus. With that said, it should be noted that 100-point days are not what they used to be. At the current level of the Dow, 100 points amounts to just over half of a percent. Looking at market swings on a percentage rather than a points basis is just a start for putting the numbers in perspective.

Putting the numbers in perspective

Based on the S&P 500 — a broader and thus more representative market index than the Dow — there were eight daily market moves of 1 percent or more in January. How unusual is that? It is more volatile than normal, but hardly extraordinary. Over the past five years, the average month has had five days where the market gained or lost more than 1 percent. The highest total was 15, in October 2011.

In all, over the 60 months ending January 31, 2015, there have been 11 months with at least as many as this January’s eight daily fluctuations of 1 percent or more. Five of those 11 months occurred consecutively, over the last five months of 2011. This particularly volatile stretch is a good example to look at in trying to grasp the significance of market volatility.

For all the dramatic ups and downs during those five months, in total the market declined by just 2.7 percent over the entire period. In short, it was much ado about nothing. What is more significant is what happened next. After that period of volatility was over, the market went on to a nice gain of 13.4 percent in 2012.

This is a reminder that long-term investors should have a long-term perspective. Big daily moves garner headlines, but usually they don’t mean very much. If short-term volatility means anything to a long-term investor, it should simply be an opportunity to reposition your portfolio, using downturns as an opportunity to buy companies you want to hold for the long-term, and using upswings to sell investments you think have run their course.

In other words, beyond using market volatility as a chance to reposition, you should not make any drastic moves in reaction to these ups and downs. You should fasten your seat belt and hang on once the roller coaster starts, rather than trying to get on or off while the ride is in motion.