Daughters Are A Bargain? Not Necessarily, Say Parents

Daughters may cost parents less than sons once they reach adulthood, but these parents say that boys may be cheaper in the long run.

By Robert Beaupre
Last updated: August 12, 2021
Our articles, research studies, tools, and reviews maintain strict editorial integrity; however, we may be compensated when you click on or are approved for offers from our partners. 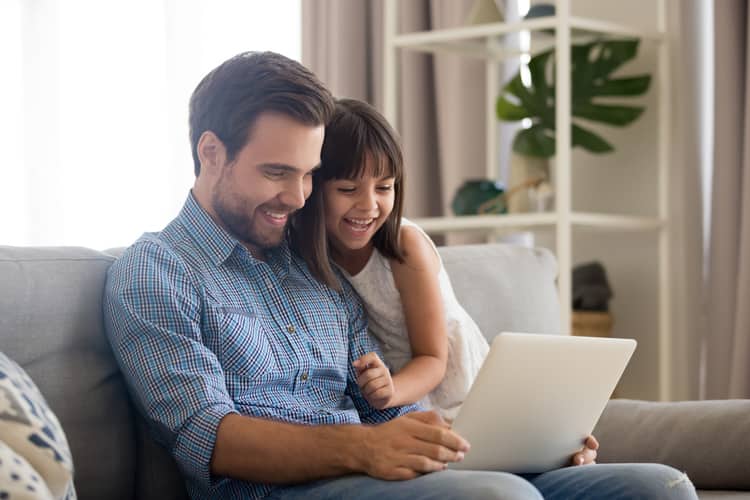 A study released last month by Yodlee Interactive and Harris Poll found that adult women are 32 percent less likely to need financial support from their parents than adult men are. Shortly after the release, a spate of headlines touting the financial virtues of daughters appeared across the Web.

However, because the study only looked at adult sons and daughters, it did little to answer the question of which sex is less expensive to parent in the long run. A 2010 study from Lovemoney.com found that, between the ages of 5 and 18, boys are actually cheaper to raise than girls, primarily due to the more costly hobbies and activities girls tend to adopt (at least in England, where the study was conducted).

In terms of hard data, the debate over the relative costs of sons and daughters seems muddled at best. But if you turned to parents who have children of both sexes for answers, would a clearer answer emerge?

“This is not a difficult answer”

Given how many costs can arise when raising a child, gauging the overall expense of a son or daughter – even on an approximate level – requires some financial attention-to-detail.

Bradford Pine, a wealth adviser and president of the Bradford Pine Wealth Group in Garden City, New York, makes his living scrutinizing financial details. He also happens to have a son and a daughter who are both in their teens.

When asked which of his children has been more expensive to raise to this point, Pine doesn’t hesitate.

“This is not a difficult answer,” says Pine. “It was my daughter. By a boatload.”

Pine reels off a list of expenses when asked what drove his daughter’s cost higher than his son’s.

“Designer clothes, nails, hair, cosmetics, birthday parties, concert tickets for teenage heartthrobs, prom dresses, weddings,” he says. “(Sons and daughters) both have college, but you usually pay for the wedding with a daughter. My daughter’s not married yet, but I foresee (that expense).

Pine says he thinks this pattern holds up in lots of families – in between recalling the extra expenses his daughter required.

“I don’t know if all kids are that way, but I think it’s common knowledge (that girls are more expensive),” Pine says. “Oh, and American Girl dolls. It just goes on and on.”

“It’s like having another grown woman to pay for”

Kristin Marino has a 14-year-old daughter and a son who is a year away from completing college. Marino, an editor for a website on higher education, says that the extracurricular activities her daughter took on as a teenager sealed her fate as the more expensive of her two children.

“They both have expensive extracurriculars, but dancing really put us over the top for her,” writes Marino in an email interview. “Each style of dance requires its own shoes – four to five pairs per season – and to be en pointe for ballet requires $80 shoes every six months.”

But her daughter’s costs didn’t stop there, says Marino.

“Clothes are more expensive for girls and they need more of them,” Marino says. “Once girls hit puberty they require lots of upkeep, including hair, skin (dermatologist plus skin care), makeup – even their underwear is expensive (a different bra depending on the sport, activity or sort of outfit she’s wearing, just as one example). It’s like having another grown woman to pay for once they hit 8th grade or so.”

“My son is good with a couple of pairs of shorts, a few T-shirts, face wash and a package of underwear from Walmart,” says Marino.

Still, should the results of the Yodlee/Harris poll give parents of soon-to-be-adult sons pause? Will they soon see their sons make up for their frugal childhoods by leaning on their parents for financial support as adults?

Pine isn’t especially worried about his son – or his daughter, for that matter.

Regardless of which sex your children are, it’s likely they will cost you a staggering amount over the years. The USDA estimates that it will cost parents $241,080 to raise a child born in 2012 through age 18.

That figure doesn’t include college. According to The College Board, the average annual cost for that now is $17,860 (for a public school) or $39,518 (for a private school).

Pine, whose daughter is now in college, says that 529 plans – tax-advantaged accounts that are designed for educational savings – are something that all parents should begin using as soon as they can.

“Use them systematically and don’t stop,” Pine says of these savings accounts. “Do it every month and it’s no big deal. Her school is $48,000 per year. Don’t procrastinate. It’s the best advice I can give you.”

Robert Beaupre
Robert Beaupre is a personal finance expert with over 10 years of experience writing and editing finance content. He holds a bachelor's degree in English from the University of Nevada.

Home » personal-finance » Daughters Are A Bargain? Not Necessarily, Say Parents