How Will Retiring Baby Boomers Affect The Economy?

Read how this generation's exit from the workforce could impact the U.S. economy.

Baby boomers face numerous challenges in planning their retirements — such as today’s ultra-low yields on savings accounts and bonds — but their collective retirements may also pose challenges for the economy as a whole. To explain the potential impacts, two professors of economics answer the question: How might the retirement of the baby boomers impact the economy?

Dr. Christensen has taught economics for more than 30 years at Centenary. His areas of research include life-cycle decisions to save, and he has written popular books and articles on other topics within economics.

The greatest benefit of baby-boomer retirements will be the opening up of additional jobs for younger workers. Most of the baby boomers that are still in the labor force are occupying jobs that will be refilled. The jobless recovery has thinned the number of jobs about as much as it will.

If you look at an indicator like the DJIA (Dow Jones Industrial Average), you might be able to gauge the pending exits from the labor force by baby boomers. My estimate is that (with) a sustained period, say through the end of the year, of DJIA above 15,000, you should anticipate a number of baby boomers who had previously postponed retirement because of the loss of value in their retirement accounts deciding they had recovered enough to now retire. 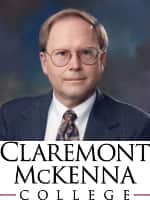 Dr. Lynch is an Associate Professor at Claremont McKenna. His areas of expertise include aging, workplace trends and the baby boom generation, and he has written books and articles on other retirement-related issues.

I think it’s going to be enormous if they’re not prepared financially. And it looks like half of them are not going to be. It depends on whether you calculate in health care costs because there are a lot of contingencies, but again we’re going to need a stronger Social Security system. I think baby boomers are going to be as dependent as their parents on Medicare and Social Security. As boomers age, there are going to be different spending and borrowing patterns. Younger populations take out mortgages and auto loans and they start spending on their children’s educations and so forth. Older people are less likely to buy big-ticket items to buy new homes and so forth. So that will have a big impact on interest rates.

There’s going to be a big difference in spending patterns, more spending on health care. Wealth is concentrated in American society, and age has something to do with it. Boomers will have a lot of spending power, and as I recall, some of the bigger, fancier cars are more (frequently) bought by boomers, but those are boomers more often in their 50s. The aging boomers are going to impact society in many ways.

Home » research-center » How Will Retiring Baby Boomers Affect The Economy?