If you see these seven signs, it might be time to step in and help Mom and Dad with their money. Learn how you can assist them. 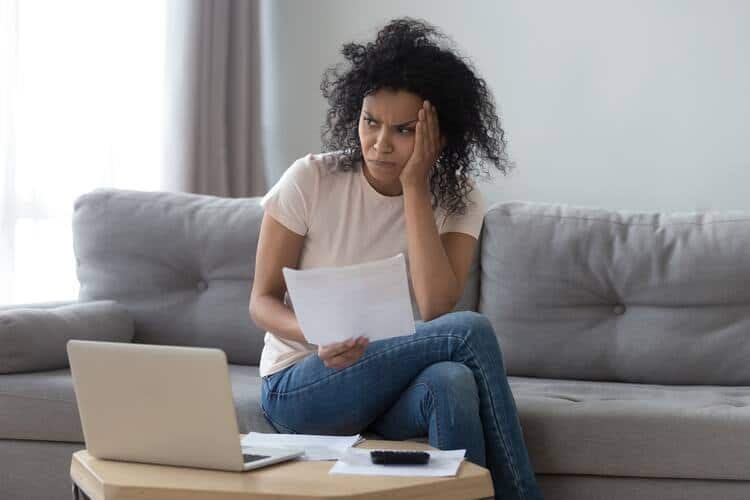 Unfortunately, it doesn’t take an advanced case of Alzheimer’s to disrupt one’s ability to manage money. The concentration and memory skills required for many financial tasks means that even those in the beginning stages of Alzheimer’s or other forms of dementia may find it impossible to keep their finances on track.

“Early stages (of dementia) involve forgetfulness,” says Kelly Thomas, a social worker with the Alpena Regional Medical Center and a nearly 20-year veteran in the field of home care. “By the time they are in the middle stages of dementia, they are already having financial problems.”

While it may often be obvious that a confirmed Alzheimer’s sufferer needs assistance, even those who haven’t been diagnosed with a specific type of dementia may need help with their finances as they age. If you see the following signs around your parents or other older relatives, it may be time to ask what you can do.

If you see notices on the table when you come to visit or your parents complain about mounting bank fees, it could indicate they are no longer able to balance their checkbook or keep track of the due dates for their bills.

On the flip side, some individuals with dementia may end up with large credits on their bills. Since they don’t remember sending in a payment, they may send in multiple checks each month.

3. An empty bank account at the start of the month

If it is the start of the month and your parents have already burned through their money, they obviously have a money-management problem. If they don’t know where the money went, it could also be a sign of dementia.

4. Stacks of unopened mail or items filed in unusual places

When visiting, a stack of unopened mail is a red flag. Adult children should also watch for items stored or filed in curious places. If your parent is filing paperwork in a new or random spot, it that could be a sign they have either forgotten what to do with the paperwork or, for those with early dementia, are compensating for their forgetfulness by trying a new method of organization.

If your normally prudent parent suddenly buys a new car, flashy smartphone or other major purchase that doesn’t fit their needs or lifestyle, it could be an indication of slipping financial management skills caused by declining cognitive abilities.

Thomas says she often sees gambling problems with seniors who have dementia. They may no longer be able to keep track of how much they have in their checking account or how much they have lost while playing. While spending a day at the casino may be normal behavior for some seniors, a change in habits could signal a bigger problem.

Nicholas Reister, an attorney with Smith Haughey Rice & Roegge in Grand Rapids, Michigan, says once a senior has started making poor financial choices, scammers can come out of the woodwork.

Strange mail and an uptick in telephone solicitations may be a sign Mom and Dad are giving their money to the wrong people.

Options for stepping in

According to Reister, there are several ways to take over the finances for an aging parent.

Both Thomas and Reister say it’s always best to set up these types of arrangements with your parents long before you think there may be a problem. If you wait too long, a parent may no longer be deemed legally competent to create a trust or name a power of attorney. That leaves adult children with the only other option: going to court.

Conversations about money can be awkward for adult children and parents alike. Children may want tackle less sensitive topics like health insurance and long-term care preferences before jumping straight into a discussion of day-to-day finances.

When it is time to talk money, Thomas says new estate recovery laws may make some seniors warm up to creating a trust in advance. Some estate recovery laws now require the sale of a house to reimburse the state for Medicaid care. Children can research the laws in their state and use that knowledge to open a discussion. Parents who may otherwise be defensive about discussing money may open up if they know the family house could be in jeopardy, Thomas says.

“Most (seniors’) main concern is staying in their house, followed by giving it to their children,” she says.

If you see signs that your parents are not managing their money well, Thomas recommends first ruling out other medical issues, such as vision and hearing problems, before assuming they have dementia. In addition, she notes some conditions such as bladder infections can cause symptoms that mimic dementia. A complete physical should be able to rule out other causes of an apparent mental decline.

Finally, Reister cautions adult children to tread lightly when helping their parents. Asking your parents if you can help them open the mail and balance the checkbook can be a respectful way to offer assistance. Hiding their checkbook or even removing it from the house, while a tempting strategy for some, is theft.

“Kids should only take the most minimally intrusive steps needed,” says Reister, noting that seniors are still adults and have been for many, many years.

His final word on handling aging parents is one that all adult children may do well to remember: “Protect them with dignity.”