Here's are the full 50-state rankings for MoneyRates.com's 2014 Best and Worst States for Banking study.

By Moneyrates Team
Last updated: August 12, 2021
Our articles, research studies, tools, and reviews maintain strict editorial integrity; however, we may be compensated when you click on or are approved for offers from our partners. 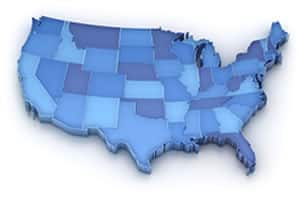 These rankings were based upon an analysis of the following factors in each state’s banking industry:

Here are the full state rankings, starting with the best — Missouri.