Visualize the retirement you want. Imagine having extra money to afford some luxuries, or just the freedom of being able to retire early.
By Richard Barrington
Last updated: August 12, 2021
Our articles, research studies, tools, and reviews maintain strict editorial integrity; however, we may be compensated when you click on or are approved for offers from our partners. 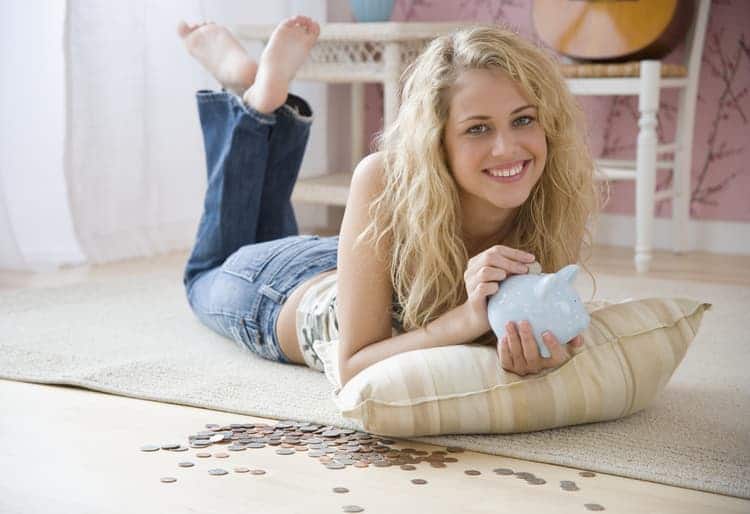 Telling people to start saving for retirement early is like reminding them to eat their vegetables: They know they probably should, but they are not likely to get excited about it. Perhaps a more enticing way to approach it would be to ask if they would like to retire early.

Focusing on the relationship between early savings and early retirement may persuade more people to get an early start on retirement saving. It might also help close a gender gap that, according to the survey, has women facing more retirement uncertainty than men today.

The benefits of early saving

To measure the relationship between early saving and early retirement, MoneyRates.com asked polling company Op4G to survey 1,900 American adults about their saving and retirement plans. Here are some of the findings:

1. Barely half of those surveyed started saving by age 40. In total, only 27 percent of respondents started saving for retirement in their 20s, and only 52 percent started by age 40. Early saving can be tough, since the start of a career is typically when wages are lowest, but those early savings also have a greater impact by starting your money compounding investment earnings sooner.
2. Early savings can mean early retirement. The payoff for good savings habits is that you might be able to quit working sooner. Based on poll responses, people who started saving for retirement in their 20s were 66 percent more likely to expect retiring by age 60 than people who waited until their 30s to start saving.
3. Late starters have only a coin-toss chance at retiring by age 70. Never mind retiring by age 60 — only 52.5 percent of those who put off saving until their 50s expect to be able to retire by the time they reach 70. Perhaps even more ominous, more than a quarter of these late starters did not know if or when they would be able to retire.
4. If you don’t start by your 30s, you are likely to keep putting it off. As you might expect, more people started saving as they moved from their 20s to their 30s, but after that the poll found little further improvement until people near the end of their careers. The number of respondents in their 20s who had not started saving yet was 34 percent, and this dropped to 29 percent for people in their 30s. Then however, the percentage of people who had not started saving stayed right around the 29-percent mark for people in their 40s and 50s.
5. Women generally start saving later than men. It may be a function of pay inequality between men and women, but whatever the reason, women appear to have a harder time starting to save early. Nearly 30 percent of men surveyed started saving for retirement in their 20s, compared with 25 percent of women. Thirty-five percent of the women surveyed had not started at all, compared with 23 percent of the men.
6. Women face greater retirement uncertainty than men. Given their later start on retirement saving, it is no surprise to find that women face greater uncertainty about retirement than men. Seventy-eight percent of the men surveyed expect to be able to retire by age 70, compared with just 57 percent of the women. Forty-three percent of the women surveyed didn’t know if and when they would be able to retire, compared with 22 percent of the men.

Clearly, retirement savings habits have plenty of room for improvement overall, but the relationship between early saving and early retirement may help some savers find new motivation.

Visualizing the retirement you want

Retirement saving may be more challenging today than it’s ever been. People are living longer than ever and thus must support themselves for an increasing number of years, yet a changing economy can quickly make the skills of older workers outmoded. Meanwhile, interest on savings accounts and other traditional income vehicles has all but disappeared. The absence of income production puts all the more pressure on savings to carry the load in retirement.

Saving involves sacrifice, however, and for many people the dire state of their savings is not enough to motivate them to save. The notion of giving up some of their current ability to spend is a disincentive to start saving. Instead of focusing on the sacrifice, it might be better to focus on the reward.

Visualize the retirement you want. Imagine having extra money to afford some luxuries, or just the freedom of being able to retire early. The more you focus on the reward, the more motivated you might be to make the sacrifice to start saving early. Based on these poll results, that early start would put you ahead of most of your peers.

Should you direct deposit into savings or checking?